Marvel Plans Leaked: A Look Ahead with Intern Bennett 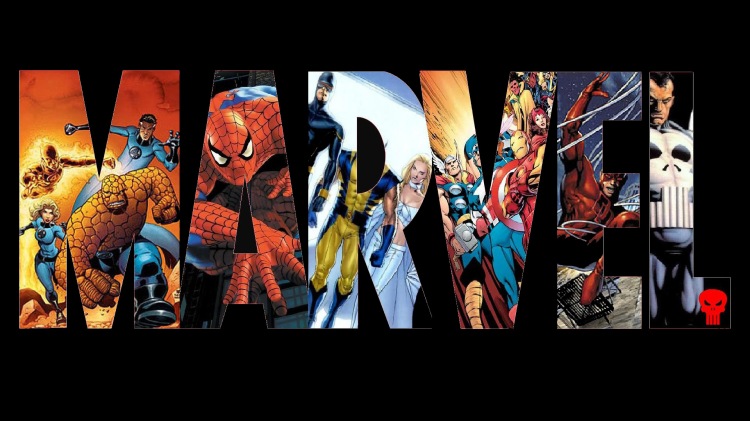 So, I want to preface this with letting you, the loyal reader know, none of this has been officially confirmed by Marvel Studios, Kevin Feige, or the Watcher (that’s for you comic nerds). However, I have reason to believe this is definitely legit. I will explain later.

So, this is potentially what Marvel has planned over the next few years for their rapidly expanding cinematic universe. Now to why I think its the real deal. There are a lot of crap reasons, like most of the dates for confirmed titles are correct, but even I can admit any fan boy with Photoshop could have done that. The reason is Comic Con 2014. I have watched the Marvel panels from the last couple of years, and I have to admit that this past year’s was kind of a letdown. Feige said from the first minute  he was on stage, they were only planning on talking about 2015, and besides announcing that Guardians had already been green-lit for a sequel, they stuck to that assertion. After Tom Hiddleston’s Loki claimed dominion over the crowd in 2013, fans kinda felt cheated. No talk of Dr. Strange. No talk of the “mystery movie” (which seems to be Black Panther), and only a tip of the cap to Josh Brolin’s Thanos. I think this leak is Marvel playing catchup, and it was so casually done the day before the release of the much anticipated Guardians of the Galaxy. (Author’s note: I just got back from the premiere, and it was amazing. See it now!)

So, now that I have given a very short justification of my beliefs, let’s get our hands dirty. I just want to hit the high points for each title.

This is no surprise. Marvel is going to capitalize on this one to very quickly expand their universe. New characters will include: Baron Von Strucker, Scarlet Witch, Quicksilver (all teased at the end of Cap 2), Ultron, and the Vision.

This is also 100% confirmed. Wasp will also be introduced, and will certainly make an appearance in subsequent tie-ins, as well as the Avengers 3.

Alright, here is where things start to get more speculative. We don’t have tons of teasers to let us know what this will be about, but the title gives tons away. SPOILERS FOR CAPTAIN AMERICA: WINTER SOLDIER HERE!!!! Alright, so after the events of Cap 2, we know that Bucky has split from a now seemingly destroyed Hydra to figure out who he actually is. Cap and Falcon are on mission to find him. Thus the Fallen Son, is Bucky or the Winter Soldier. This movie will also have a massive effect on the future of Captain America. So, the way that Marvel does their contracts for major characters is by signing 6-movie deals. Those movies can be solo, tie-ins, team-ups, whatever. Marvel kinda owns your soul for a while. Chris Evans has expressed that he is growing tired of the role, which sucks for that piece of crap, because he has three more movies to make. However, after Cap 3, he will only have one. And in the comic book universe now, Falcon is about to take up the mantle as the new Captain America. I’m not saying that guarantees parallelism, but its a possibility. Also, this is purely me dreaming, but I am expecting a lot more development of Black Widow, since it appears a solo movie may never happen for her. Bucky goes to Russia and runs into ghosts in Widow’s past. Could be cool, who knows? Also, big scoop on this is that the release date for this movie and Batman v Superman are on the same weekend. Marvel and DC in all out war. Awesome!

Finally, Marvel is going to tackle the Sorcerer Supreme. So, this is going to be amazing, because Strange has one of the coolest origin stories ever. Seeing them tackle weirder movies like this and Ant-Man is really exciting, because this really does open up Pandora’s box when it comes to the craziness that is a part of the Marvel Comic Universe. A short-list of amazing actors has been thrown around for the role, including Jared Leto, Tom Hardy, and Benedict Cumberbatch. However, it appears the front-runner is Joaquin Phoenix, which I could not be more happy about. He has the look, the personality. It could work, however we still have a lot of waiting to do for this one.

One last glamour angle of Chris Hemsworth’s chiseled body. In what will most likely be his last solo film, Thor seems to be up against all odds. Ragnarok can mean one of two things in Thor World. One, which I think is much more likely than the latter option, Ragnarok refers to the end-times in Norse Mythology. Pretty much, everyone dies, and that’s exactly what happened in the comics. SPOILER FOR THOR 2: THE DARK WORLD HERE!!!!!!!! Now that Loki, sits upon the All-Father’s throne, this could be his one last insult to his step-dad’s legacy. The other possibility, is that Thor would now be AI. Ragnarok was also the title for an arc where Thor died, but Tony Stark had created a robotic clone to take Thor’s place. Don’t freak out girls, Chris Hemmsworth would still play the AI, there just might be some clunky robotic scenes. As I said, the first seems much more likely.

Marvel has been teasing this forever! There is a scene in Iron Man 2, Avengers and Captain America 2 that all point to Black Panther. So, it is about time that Avengers goes global and gets this iconic Marvel character, created to one-up Batman. The ruler of his own country, T’Challa would bring in a whole host of new skills, and villains no doubt. There isn’t a lot surrounding this, and will inevitably just be another fantastic origins movie.

So, I’ll be honest, this title is what made me want to write this post so bad. Any one familiar with the massive event that spanned the entire Marvel Comic Universe in 2006-07. This is by far one of the riskiest things Marvel has ever done, but nothing has been bigger in the universe since, as it is still being referenced by characters in today’s comics. Basically, the New Avengers blow tons of crap up, and kill tons of people in a fight. The government says death=bad, and enacts a proposal called the “Superhero Registration Act” saying that all being with super-abilities must register their true identity and powers. This breach of freedom at the price of security subsequently splits up all of your favorite characters into two camps; the pro-registration force led by Tony Stark and the anti-registration team lead by Captain America. All-out war occurs with villains teaming up with rivals to fight for their respective sides. With a growing list of heroes, and a shockingly small list of A-team villains that have been introduced, I see this as the eventual landing pad for the Avengers crew. Not to mention that Hemsworth, Evans, and Robert Downey Jr. will all be officially done with their contracts by then. This could be Marvel’s big way of mixing things up and ushering in the new generation of stars. Words simply cannot express how badly I want this to happen. I could go on for days, but an equally exciting prospect is next.

Finally, we have a Bruce Banner we love, now we can do a good Hulk Movie. And World War Hulk would be the pinnacle of Hulk arcs. Also encompassing the Planet Hulk arc, WWHulk is a crazy redemption story of Bruce Banner and him kicking the trash out of pretty much every Avenger. Basically, the Avengers decide the Hulk is to dangerous and too hard to destroy, so they send him to space, but he accidentally crash lands on a planet where they put him in gladiator-style entertainment. We can guess how that goes for the other dude, and Hulk eventually rules that planet. A few tie-ins with the Silver Surfer later, Hulk returns to Earth, and pretty much subjects the Avengers to the exact same gladiator torture. It’s an amazing arc and would be an absolute epic on the screen.

This came out of nowhere. The Inhumans is a very interesting comic that Marvel runs, and actually makes tons of sense. It just doesn’t have the name power that a lot of their other projects have. Pretty much, some humans possess “inhuman genes” and after going through a process called “Teregenisis” have an awakening as Inhumans. With interesting characters like Medusa, the queen of the Inhumans, and Black Bolt, this movie would be crazy. Pretty much Black Bolt just whispers stuff and it happens. Not joking. He said “war” in a recent comic, and an entire civilization was leveled. He is intense. They also have a boss dog named Lockjaw who can teleport and crap, which is just cool. This movie would definitely continue on the dark theme that the Marvel movies seem to be developing.

So that is my rundown on this leak. As you can tell, I am super excited to see what Kevin Feige has in his old bag of tricks. He has said that as long as fans continue to demand it, he will continue to make movies and has claimed to have plans up to 2028. That is plenty of time to do so much with this universe as tests for making three movies a year will begin in 2017. If you have made it this far in the post, I admire you, and thanks for reading. Hit me up on the twitters @garland_b, if you have any questions, because this stuff in confusing. I totally understand. Go Marvel!

Bennett Garland is a student at Georgia Tech. Despite attending what is far and away the best school in the state of Georgia, he has far too much time on his hands and consumes video media at a ferocious pace. We don’t know how he finds time to watch all three dozen super hero movies that come out every summer while also watching every SyFy showing of Sharknado and Sharknado 2, but he does and writes about his adventures in film and music.

0 comments on “Marvel Plans Leaked: A Look Ahead with Intern Bennett”

2 Pings/Trackbacks for "Marvel Plans Leaked: A Look Ahead with Intern Bennett"