As I’m writing this the Braves are wrapping up their series against the Rays, during which they lost to a guy in the bottom 15  in ERA but won against a guy in the top 15. Williams Perez managed to strike out 7 while only allowing 1 run in 5 innings on Wednesday, but besides that not a single Braves starter did anything that could even be disguised as remarkable. Foltynewicz got charged with 5 earned runs in his Tuesday start, and no batter had more than one hit. I guess our bullpen not giving up any runs is a pleasant surprise, but honestly this was a short series that I’d like to quickly move past. Meanwhile, the Brewers were busy taking 2 of 3 games against the Tigers behind some strong starting pitching and solid performances from the top of their lineup.

Don’t let that series fool you, though; this Brewers squad is terrible. Both their win/loss record and their run differential are second from the bottom, and not a single batter nor pitcher has been worth more than 1 WAR. Despite all of this they’ve got a few players who I adore. Jonathan Lucroy may be my favorite player in baseball, but he’s currently recovering from a toe injury. Matt Garza and Kyle Lohse are an underrated top of the rotation pair who, despite bad starts to the season, haven’t seen ERAs over 4 since 2011. Adam Lind has quietly been one of the top 20 hitters in baseball since 2013. And damnit if Carlos Gomez and Ryan Braun aren’t fun to watch. They may be cheaters and act like jackasses from time to time, but they play with a ton of intensity and can both rip the seams off a baseball. Also, one of my favorite clubhouse stories of all time comes from those two. 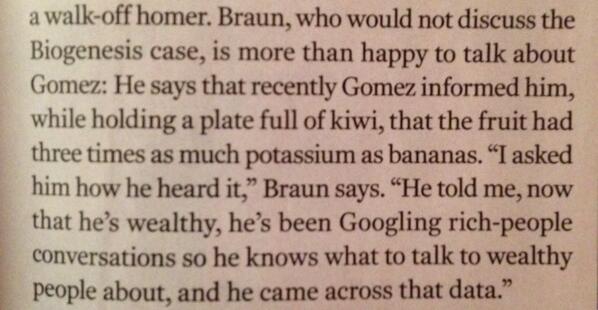 We’re going to be sending our best pitchers out in this series- with Teheran starting tonight, followed by Wood, Miller, and Foltynewicz. Hopefully facing one of the worst lineups in baseball will help Teheran get things turned back around and back on track, and I’m pretty excited to see if Shelby Miller’s recent dominance can continue on Saturday night. Our offense will be facing Matt Garza, Wily Peralta, and a couple back-of-the-rotation filler arms that wear jerseys reading “Fiers” and “Nelson”. This sounds like it should be an easy four games, but it’s hard to expect too much out of a team that starts Adonis Garcia, Pedro Ciriaco, and Todd Cunningham. The good news is the Brewers have a few hot heads on their squad, and I’ve yet to see my first Braves Brawl of the year, so there’s the potential that Brando’s next wrestling post could feature Jonny Gomes. The Braves are a bad team who have been mediocre thus far, the Brewers are a mediocre team who have been terrible, and this author has just thought of the 5000th thing he’d rather do than write about mediocrity, so grab your favorite adult beverage, find a comfortable seat in the house, and spend a few hours with us searching for that shit we meant to give.