College Football Round Up Week 8

It is good to be back! Sorry about last week, but I was busy thinking about existential stuff with my old buddy Steven Ray Brown and studying for a huge freaking test. Anyway, you don’t care about that. So, here is your weekly carnival of gifs, football, and mediocrity.

It finally happened. Gator nation turned on Will Muschamp completely. The only question that remains is if he will be fired mid season or afterwords. I honestly feel sad for him. Sure it may be his fault that Florida is currrently a huge steaming pile of horse poop, but I am gonna miss the rage monster. Let’s relive the good times shall we?

Ah yes, there is the Muschamp we all know and love. Muschamp probably freaked the hell out after the game didn’t he? Oh, I bet its a good one! Let’t take a look:

Anyway try and cheer yourself up with these GIFs and stuff. Oh and this clip of Lou Holtz stammering and laughing at random points

Honorable Mention: Dwayne Stanford, WR Oregon – A simply beautiful catch by Stanford here. He keeps himself in-bounds rather well and manages to come down with it, despite the two defenders. Oregon wore some sick throwbacks in this game, and looked much more like the team we saw at the beginning of the season. They looked dominant again, which is a great departure from a close win over Washington State and a loss to Arizona State. Mariota is looking much better and getting sacked less too. This Oregon team has found their form again. The Ducks do have a rough patch of their schedule coming up with back to back games against Stanford and Utah. And don’t count out Cal yet either, they have hung around in big games this year and could surprise this Oregon team.

Honorable Mention: Juju Smith, WR USC – I love diving catches, you love diving catches, we all love diving catches! Also Hooray for SARKNADO getting back on track with a solid win over Arizona and a blowout over Colorado. USC could be out of the playoff already with 2 losses, but their strength of schedule in the last 5 games is very good, with them playing 3 ranked opponents. If they theoretically win out an capture the PAC 12, they could have a strong case for being included in the playoff.

Honorable Mention: Oklahoma 30 vs Kansas State 31 – This game was dead even, and probably should have been Oklahoma’s win. But Oklahoma’s kicker Michael Hunnicut missed a chip shot 19 yard field goal late in the fourth. After that Oklahoma would not get the ball back again, because Kansas State embarked on a game killing drive. The game was pretty much dead even, with the notable exception being Oklahomas 2 turnovers to Kansas States’s none. This shakes up the whole Big 12 race, putting Kansas State in first, and dropping Oklahoma back to 6th in the conference. This is not a death blow to Oklahoma’s playoff hopes just yet, but things are not looking good in Norman. Meanwhile the Big 12 is wide open for anyone’s taking. 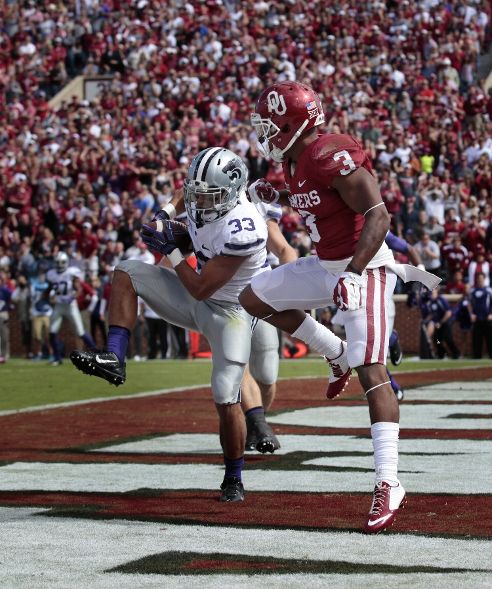 Honorable Mention: Baylor 27 vs West Virginia 41 – A huge upset for the Mountaineers here, They simply overwhelmed the Bears with copious amounts of offense, which is fitting because that’s what Baylor normally does. Dana Holgerson’s crazy fast and efficient offense machine beat Art Briles touchdown generation machine. In other words Holgerson out-Art-Briles’ed Art Briles. Clint Tricket had a great game for the Mountaineers putting up 322 yards and three touchdowns. Baylor had a rare day where they shot themselves in the foot. And OH MY GOD did they shoot themselves in the foot. They put up a critical failure of 185 yards of penalties. This is an entirely uncharacteristic day for a usually pretty disciplined Baylor squad. Anyway Baylor can still win the Big 12 and get into the playoffs, but this also opens up the door for tons of other Big 12 scenarios, like pretty much anyone can win the Big 12 now, outside of Texas Tech, Iowa State, and the factory of sadness that is Kansas football. 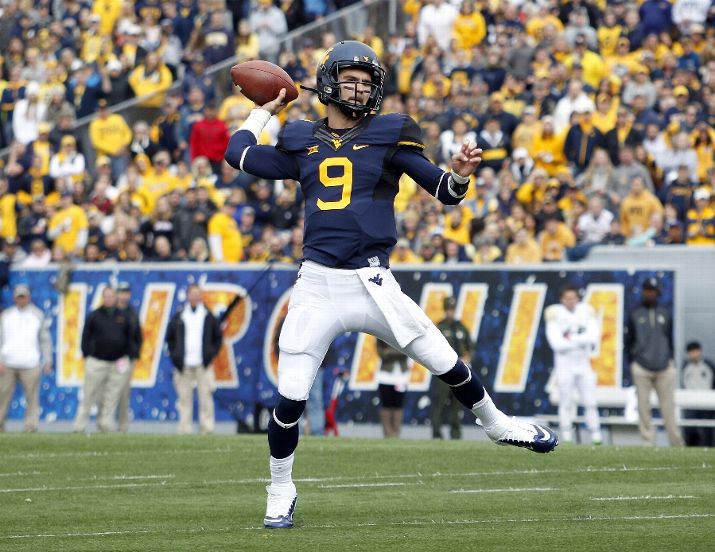 Winner: FSU 31 vs Notre Dame 27 – Wow are there two teams that people hate more right now? The FSU fire probably burns hotter right now, but the Notre Dame hate is still there always flickering in the hearts of college football fans everywhere. This was an extremely balanced match up. Everett Golson, the Fighting Irish quarterback, and Jameis Winston had a sloppy first half, but both picked it up in the second half. There were 3 interceptions in the first half. But in the second half the viewers were treated to a quarterback duel. Golson and Winston both had excellent drives down the field and when Golson and the Irish drove down to Florida State’s two yard line, it looked the Irish might win the game. But, alas it was not to be, because the play that would have given Notre Dame the lead was called back by a completely legitimate penalty. Don’t fight me on this, that play is as illegal as marrying your sister (Alabama excluded). Anyway, what i hated about this game is that it caused me to temporarily be a Notre Dame fan which fueled my FSU hate fire even more. Please someone beat FSU, if not for yourself for my damn blood pressure. Here is a wizard battle between Everett Golson and Jameis Winston on a distant world because I am a nerd and had too much time on my hands.

Performance of the Week
Honorable Mention: Josh Doctson, WR TCU – Doctson caught 7 balls for 255 yards and two touchdowns in TCU’s 42 – 9 demolition of Oklahoma State. He averaged over 32 yards per reception. He scored on two huge catch and run plays in a 3 minute span. He was one yard short of the receiving record for TCU. He had a terrific with huge catches like this one.

Honorable Mention: Cody Kessler, QB USC – Cody broke the record this week for most touchdowns in a game for the University of Southern California. The previous record was held by unwarranted hype hall of famer Matt Barkely. Kessler had a great game this week against Colorado putting up 319 yards, a 73% completion percentage, and 7 touchdowns. His total QBR was a 95. Quarterback rating is on a 1 – 100 scale. That is fantastic game no matter how you cut it. Cody Kessler has found that there are perks of taking a spin around the SARKNADO.

Winner: The Alabama Defense – Wait what? Alabama allowed 2 first downs in the first half? Less than 60 yards? Total? So the Alabama defense is as terrifying as ever. And they now have an offense that is no longer legally classified as a form of enhanced interrogation to watch. Blake Sims is a play-maker who can pass and run (A mobile Crimpson Tide quarterback? Blasphemy!). Amari Cooper is Julio Jones reincarnated and TJ Yeldon is a tank. I’m not talking a big slow WW2 behemoth either. I am talking about a high speed, 60 ton, hell on treads, destruction monster. If you were afraid of Alabama before. Stay afraid. There will be no more mercy. You know the old saying, “Hell hath no fury, like Nick Saban with 1 loss.”  Dark days are coming, the Tide is Rolling.